While there is a lot of talk about 5G networks, 53 locations in Brandenburg [1] still have no reliable mobile coverage. Facts like this show us that digitalisation is still far away from where many would like it to be. A similar parallel can be drawn for the real estate sector. The term “innovation” is gladly seen and heard, and even more extensively used, yet only few truly revolutionary breakthroughs have been made up until now. Although many PropTech companies came up with new ideas in recent years, we are still lagging behind other sectors when it comes to digitalisation. Take, for example, industry 4.0 or the agricultural sector which has embraced the digital transformation long ago leaps to my mind. The following five excuses show how we often argue against digitalisation which we all crave so much in our industry – or don’t we?

1. Our failure culture clashes with digitalisation

Strictly speaking, Germans are known for meticulously planning everything down to the very last detail. Most of us already know where to go on holiday in summer by the time we sit down for our Christmas dinner. But there are also times when we simply get stuck in the planning phase. Take, for example, blockchain which has been a hotly debated topic for some time now. One diligently drafted white paper after another is produced considering whether we could completely digitalise the land registry and whether we should tokenise all our properties to have them as digitally tradeable as shares. Aren’t these new technologies wonderfully promising?! Oh, brave new world! However, if we were to draw up and start tackling a ten-year plan for actually implementing this technology, the new reality would end up looking very different to what was there in the first place. The situation is similar for all other aspects of the digital transformation. My ’anti advice’, it’s best if we steer clear of starting any digitalisation projects in the first place to avoid having to eventually alter our plans. Generally speaking, we should leave digitalisation and innovation to others, so we can see later what we need to adapt to make it work for us – the important thing is that we don’t get anything wrong or have to take any risks.

“Data is the new oil, but information is the new gold”, wrote the online portal it-daily.net [2]. However, we don’t always seem to appreciate how important data is nowadays. If the real estate sector is to continue full steam ahead with the digital transformation, it needs to start tapping considerably more data, both at industry and individual level. A heck of a lot more, to put it bluntly. But do we actually want this much data at our fingertips, or will this ultimately result in some form of Big Brother state? The society envisaged by George Orwell would certainly allow us to make much faster progress with digitalisation, even in Germany. However, if that’s the ultimate goal, then we’d be better off going on a ‘digital detox’ to achieve a life as ‘free from data’ as possible!

3. Who says smart data is smarter than our gut instinct?

We have known that technology can simplify our lives ever since smartphones first came onto the scene. Since then, the plethora of technology on offer has got to the point that we can now even download apps that remind us to drink water. Some of these apps even only work with a smart water bottle equipped with a flashing light which prompts us to take a drink. We are also witnessing a very similar trend in the real estate sector. Big and smart data are designed to help us to produce accurate analyses, calculations and forecasts in record time. However, as things stand today, anyone with a couple of years of professional experience can create most of these analyses themselves in just a few minutes. Thanks to smart data, for example, we find out that – what a surprise – most people spend less time in train station shopping malls than they do in high-end shopping centres. This brings me to my favourite excuse of all: if THAT is the extent of the ground-breaking insights, then surely there’s no need to start digitalising and using data in the first place.

4. Other sectors pollute more than we do

If we think about industries or things which have a detrimental impact on the climate and the environment in general, long-haul flights, SUVs, the coal and petroleum industry are generally what most of us think of first. According to the latest figures from “Mitteldeutscher Rundfunk” (German for “Central German Broadcasting”) [3], the sectors energy, industry and transport are the top three polluters in percentage terms and responsible for around 80% of all CO2 emissions. The real estate sector, however, ranks fourth in terms of CO2 emissions produced in Germany. When we read this, we ask ourselves why should our sector worry about coming up with innovative ways of incorporating sustainability and climate awareness into its strategies? Why shouldn’t we just let others do it first? Can initiatives such as “green buildings” or “smart cities” designed to save resources by operating efficiently really have such a big impact? Besides, what use are sustainable buildings and green offices if everyone comes to work in an SUV anyway? Also, facility managers will be unable gain the same in-depth understanding of the properties they manage if they are no longer going from meter to meter personally or having to check each individual component for defects when more complex problems arise, right?

Whether Edison invented the lightbulb or someone else is still a matter of debate. Despite this, there is no doubt that it was a pivotal innovation at the time, even though it signalled the end of the road for paraffin producers. Today, it is young people who are trying to change the world. At the young age of 14, Easton LaChappelle began using a 3D printer to manufacture prosthetics for under one hundred euros in a reasonably successful attempt to outdo major corporations which produce similar products for over $80,000. So, if the younger generation have better ideas, shouldn’t we just leave innovation and digitalisation entirely to them? They’ll take care of it…

As absurd as these excuses may sound, they are beliefs which are embedded in the corporate culture of many real estate players and are often shared by many people on a personal level in their everyday lives. As soon as even one of these attitudes takes root in society, we can talk as much as we want about digitalisation – it will only be a half-hearted attempt at best when implementing it. In order to truly innovate, we do indeed need to assess new ideas with a critical eye – but we also need to be bold. After all, only those who dare will win at the end of the day! 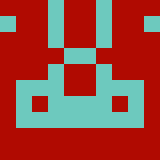 Why you need to know your customer

This website uses cookies to improve your experience while you navigate through the website. Out of these cookies, the cookies that are categorized as necessary are stored on your browser as they are essential for the working of basic functionalities of the website. We also use third-party cookies that help us analyze and understand how you use this website. These cookies will be stored in your browser only with your consent. You also have the option to opt-out of these cookies. But opting out of some of these cookies may have an effect on your browsing experience.
Necessary Always Enabled
Necessary cookies are absolutely essential for the website to function properly. This category only includes cookies that ensures basic functionalities and security features of the website. These cookies do not store any personal information.
Non-necessary
Any cookies that may not be particularly necessary for the website to function and is used specifically to collect user personal data via analytics, ads, other embedded contents are termed as non-necessary cookies. It is mandatory to procure user consent prior to running these cookies on your website.
SAVE & ACCEPT